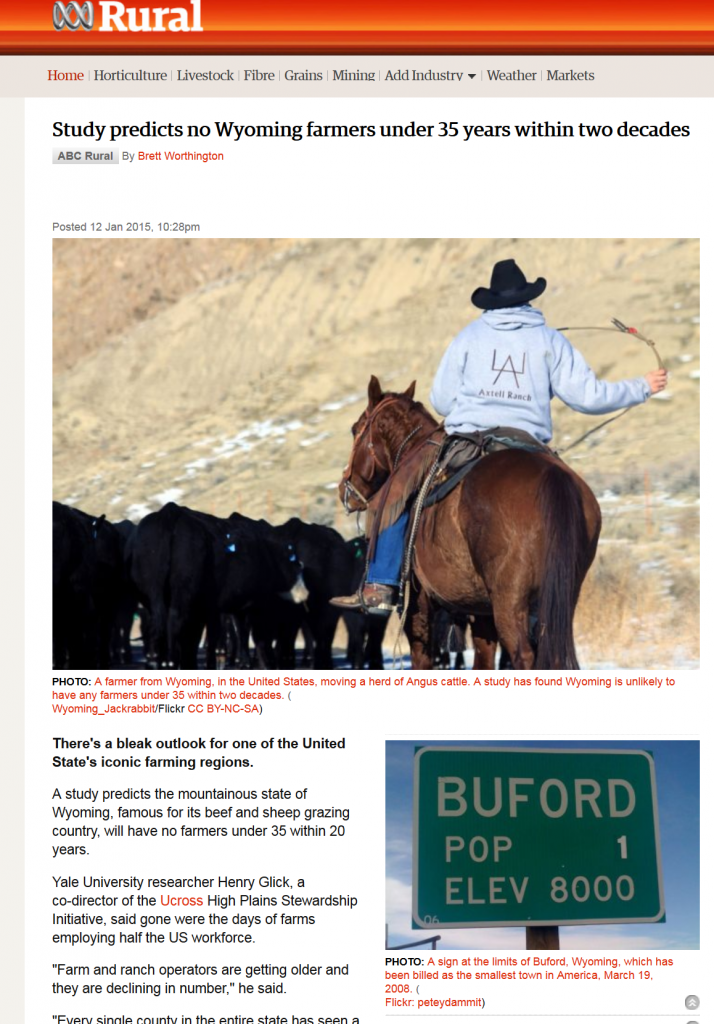 Reporter Brett Worthington of the Australia Broadcasting Corporation recently conducted an interview with one of UHPSI’s researchers regarding our demographic research that appeared in the December issue of Rangelands. The interviewed led to a short written piece that appeared on ABC’s rural news website and to a recorded conversation that aired nationally across Australia during a five-minute Rural News bulletin during the morning news, again during the mid-day “Country Hour” program in the state of Victoria (southeastern Australia), and again on the web.

Farming and ranching are central to Australia’s economy with significant sheep and cattle operations. The changing demographic trends we find in Wyoming and nationally are mirrored in others parts of the world, and Worthington was interested in providing Australian farmers and ranchers some perspective from across the globe. On a recent trip UHPSI leader Chad Oliver observed that parts of Australia share close ties with trends on the High Plains region. It is great to know that our work is reaching a truly global audience!