I interrupt my own blog posts to bring you this special news bulletin: yesterday I made a fox poop itself in fear.

I was collecting data near a dirt road and watched, bemused, as a red fox came jogging up the path toward me. I had my camera and started snapping pictures. “Wow, it’s so close!” I thought. “Umm…why is it still coming my way?”

The fox came within about 5 steps, altered its path and came right to my feet before stopping. I think it was hoping for some food or something, a behavior it most likely picked up after years of feeding by tourists. When it saw that I wasn’t going to give it anything, it tried to nip at my pant leg. So I copied a behavior I’ve seen baboons perform during my time conducting fieldwork in Africa: I crouched low, bared my teeth, hissed, and performed a false charge. That is, an “attack” charge that’s really only meant as a warning to the other animal (Author’s Note: DO NOT do this with animals like bears, gorillas, baboons, cape buffalo…basically anything that you don’t want calling your bluff. Sure way to get killed).

In this case, it worked. The fox leapt back, fear-pooped on the ground, and then rolled over to show me its belly. When it saw I wasn’t going to continue my “attack,” it got up, turned away, and jogged off into the shrubs.

Folks, don’t feed wild animals. It isn’t good for them and can really lead them to harm.

This has been a special news bulletin and public service announcement. We now return to your regularly scheduled infrequently submitted blog posts. 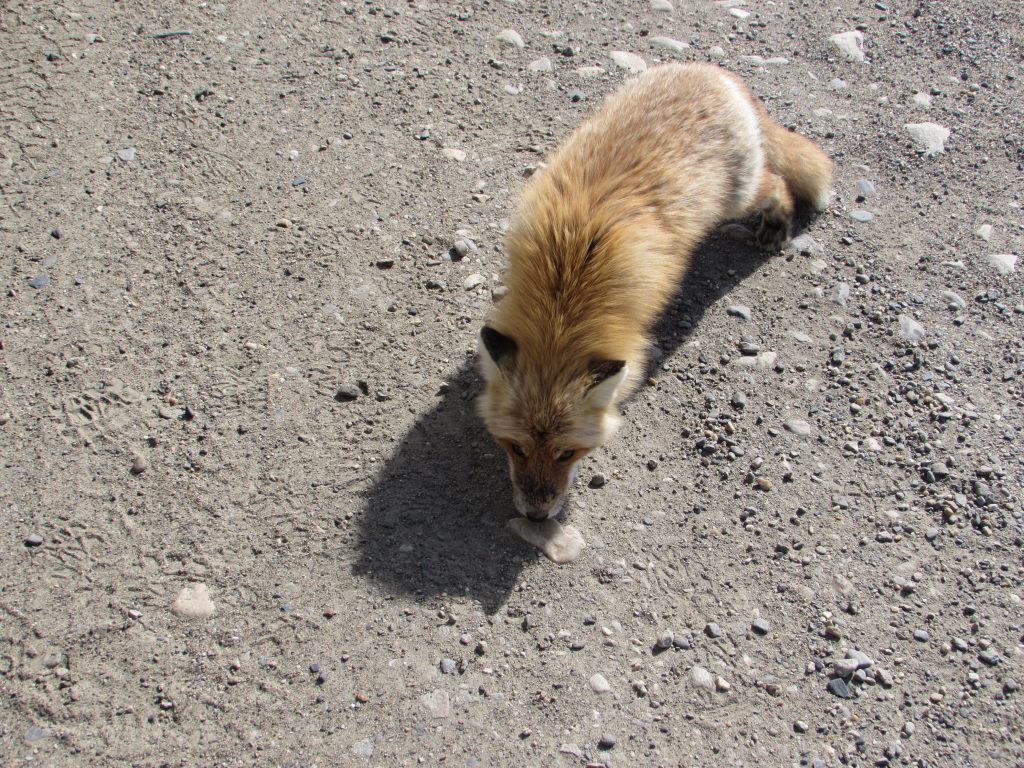