Greetings from New Haven! My summer in Wyoming has come to a close. I’ve traded sagebrush steppe for industrial seaport, and granite mountains for the filtered light of tree canopies.

After our retreat at Spear-O (in the Big Horns) and Ten Sleep Preserve, I lingered in the Powder River Basin for a few days. My couchsurfing host in Sheridan was a manufacturer of custom-made bits and spurs. Between a tour of his metal shop and the King’s Ropes museum I saw my fair share of Western paraphernalia: 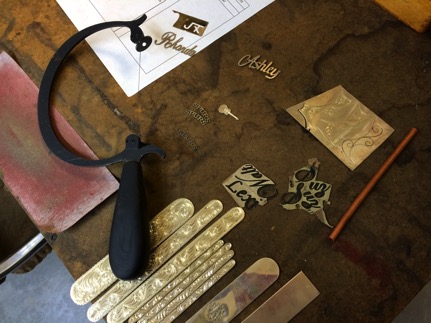 I traveled farther east, to Gillette, searching for a small taste of coal country and the industry’s recent bankruptcies. “Keep Gillette Strong” said signs in the windows on Main Street.

Then, I landed in Lander for a tour of Copper Mountain—a pink and rocky landscape that “was hot and dry, and is still hot and dry,” said Jared, the BLM employee who led us there: 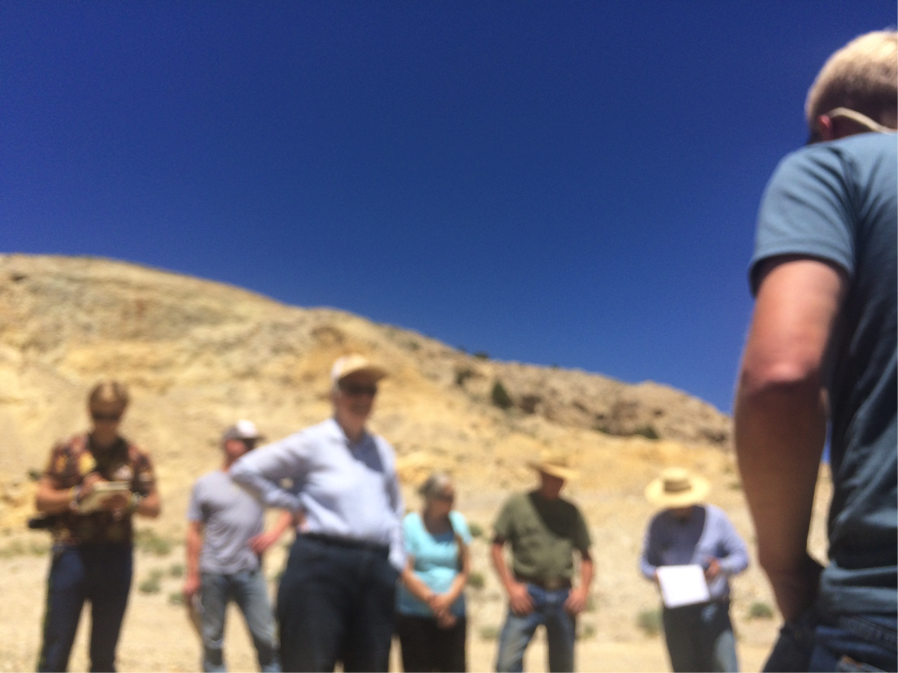 The group of us—individuals representing the ag, sportsman, energy, conservation and recreation communities, plus a county commissioner, a local reporter and I—gathered because Copper Mountain is one of five Wilderness Study Areas in Fremont County, WY.

WSA’s were set aside by the Wilderness Act in 1964—not as “big W” wilderness, but as areas with wilderness-like qualities (i.e. no roads, “primitive” natures and plenty of solitude) to be considered for official designation by federal agencies somewhere down the line.

Fifty years later the status of these pockets of public lands is still nebulous. So the Wyoming County Commissioners Association decided to kick-start their own process for proposing permitted activities. It’s called the Wyoming Public Lands Initiative or the WPLI, and it’s a county-by-county, WSA-by-WSA attempt to eventually introduce a chunk of legislation. (Note: Despite the nearly identical acronym, the WPLI is mostly distinct from Rob Bishop’s PLI in Utah—even if both are part of a broader movement to bring the states more say over public lands.) 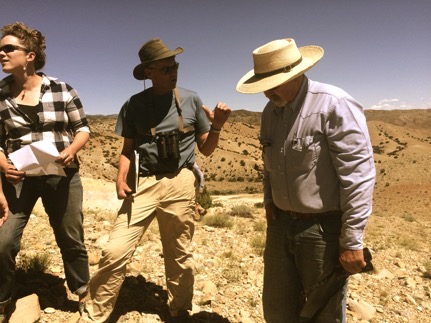 The handpicked group of stakeholders that gathered at Copper Mountain has been tasked with determining the fate of each WSA in Fremont County. That means they’ll have to come to consensus about whether the parcels should become Wilderness, or whether certain acreage can be open to mountain bikes, ATV’s, cattle, hikers, drilled for oil and gas, or none of the above.

Every county in Wyoming who’s opted in to the WPLI process is learning as they go. Some, like Sublette County, are using a mediator to guide them. Otherwise, they’re fairly new groups who are likely to explore novel land designations. There’s still a long road ahead, and I’ll be curious to see how the WPLI pans out. 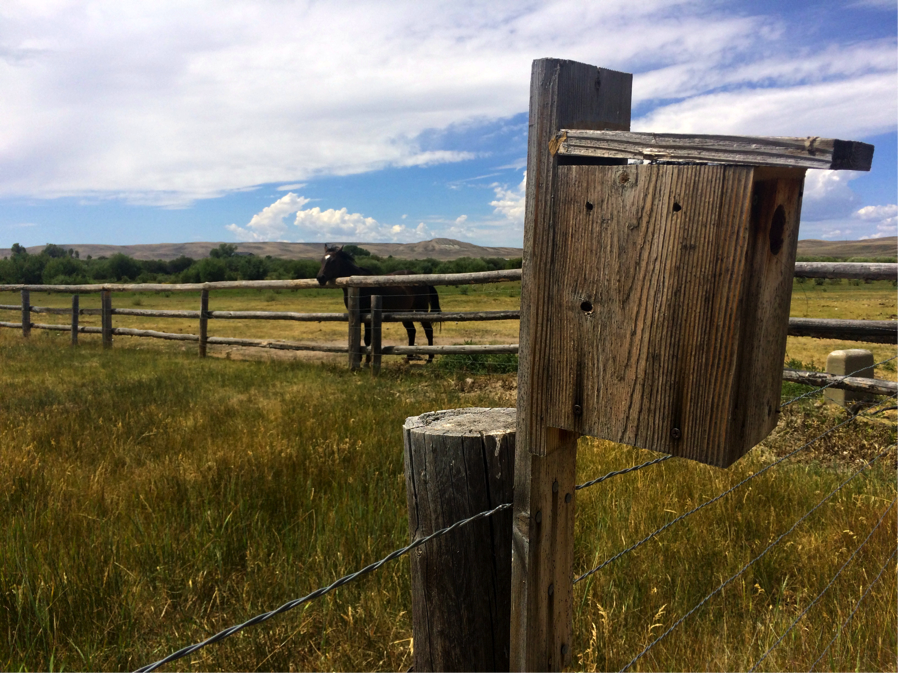 I spent the rest of July savoring the last of my time in Pinedale. The first annual Wind River Mountain Festival came and went, with live music, a whipsnake obstacle course and a lecture from glacier explorer Charlie Love. It was a bona fide blast.

I continued getting to know my neighbors—natural gas field workers, retired teachers from the Wind River Reservation, and horses (see above) alike.

With permission, I drove past the road closure signs to attend a community meeting at the Bondurant Elementary School. The gym was packed and stuffy. And the locals were smoldering at first. Some had been evacuated from their homes; others were watching mountainsides burn from their front decks. Getting information about the spread of the fire and the road closure to Jackson had proven difficult.

But when representatives from the Forest Service, local firefighters, and a weather meteorologist from NOAA began to field people’s questions and share more about their roles, the flames quieted.

Home and business owners were assured that firefighters were doing the best they could to protect homes while letting the conflagration burn into the wilderness. The Forest Service agreed to post news at the post office, after locals made it clear that not everyone has Facebook let alone access to Internet or cell phone service.

Local residents look at maps of the Cliff Creek Fire with fire responders at the Bondurant Elementary School, July 2016: 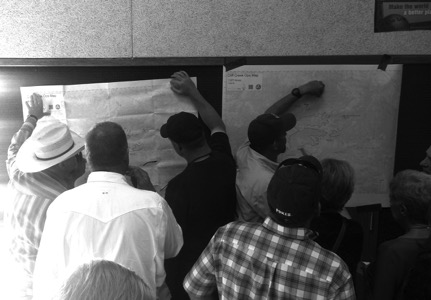 By the time I left Pinedale, the Winds were obscured in a thick haze of smoke that filled the valley and the back of our throats. But even now, from my room here in New Haven, I can close my eyes and see the mountains standing resolutely in the distance.